An exciting surprise to come out of this NBA season is the extremely promising rookie class that looks poised to be among the best drafts in recent memory. There is a strong level of talent permeating throughout the group, but the Rookie of the Year award will only be given to the top player in their class. With roughly thirty games left in the regular season, we will take time to look at this season’s Rookie of the Year candidates.

Many had concerns about Ben Simmons after he missed the 2016-17 season due to a foot injury, but the 21 year old is doing his best to show that the injury is now fully behind him. After two-thirds of the season, Simmons is averaging 16.6 PPG on 52.9%, 7.8 RPG, 7.2 APG, and 1.8 SPG in 35.1 minutes. Those numbers do not scream rookie. Maybe his year observing on the sidelines helped him ease into the professional level, or maybe playing with Joel Embiid makes everything that much easier. Regardless, he has shown that he can affect every facet of the game on a nightly basis and his five triple doubles this year back that up (that’s the most for a rookie since Magic Johnson and third most this season behind Westbrook and Lebron, per Basketball Reference). Simmons also recorded the second fastest triple double of all time after being snubbed for a spot at the upcoming All Star game. Any concerns about the rookie now are mostly focused on his putrid free throw percentage and non-existence from 16 ft and beyond, but he is putting up historic numbers on a possible playoff team. Currently, Ben Simmons is the frontrunner for the ROY award. 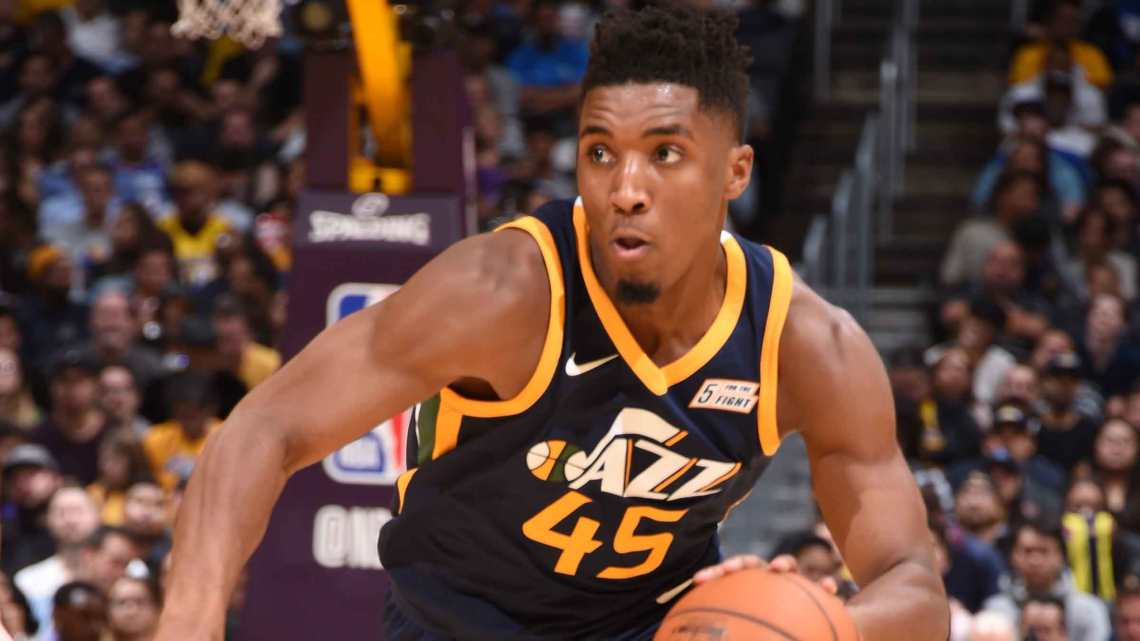 If the 2017 draft were redone today, there is zero chance Mitchell is taken beyond the top two. He’s that good, and twelve teams passed on him. There were serious questions about how the Jazz would handle losing Rudy Gobert for a significant amount of the season, but Donovan Mitchell has emerged as the go-to option for the team since he became a full-time starter in early November. The team has given Donovan Mitchell the greenest of lights, indicated by his team-high 16.2 FGA per game and 28.8% usage rate (20th in the NBA per Basketball Reference). He has seized this opportunity and is averaging 19.1 ppg on 45% from the field, leading all rookies in PPG. Mitchell has also erupted for 40 points twice this season. Other players who scored 40 at least twice in their first season? Blake Griffin, Allen Iverson, Michael Jordan, Larry Bird. That’s some pretty good company. Donovan Mitchell is already a force to be reckoned with and is easily right behind and catching up to Ben Simmons for ROY. 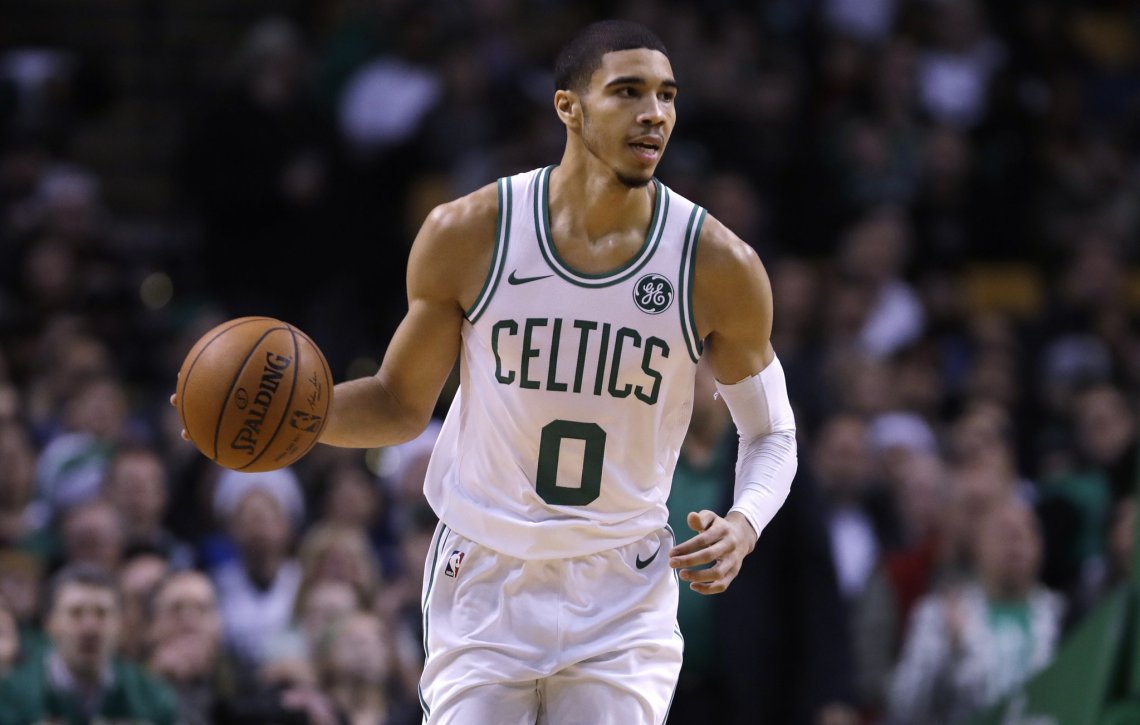 Seriously, does anyone actually still think they can win in a trade with Danny Ainge? The third overall pick that Ainge traded down for has been thriving in the starting SF spot since Gordon Hayward’s injury. He has been a consistent contributor to the number one seed in the East with 13.7 PPG and 5.3 RPG, while Markelle Fultz has barely even seen the floor. Much was said about Tatum being mostly a mid-range scorer out of college, but he has shown a lot of versatility as a scorer at the professional level with 64.6% of his shot attempts this year coming at the rim or from three, per Basketball Reference. The rookie is not only scoring from everywhere on the court, but he is doing it on an efficient 48.2% from the field, and more notably, 43.8% from downtown. The Celtics are simply a better offensive team with Tatum, as noted by the five point increase in their ORtg when he is on the floor. While he is not a front runner for the ROY at this team, he could potentially push himself closer into the conversation with Simmons and Mitchell. 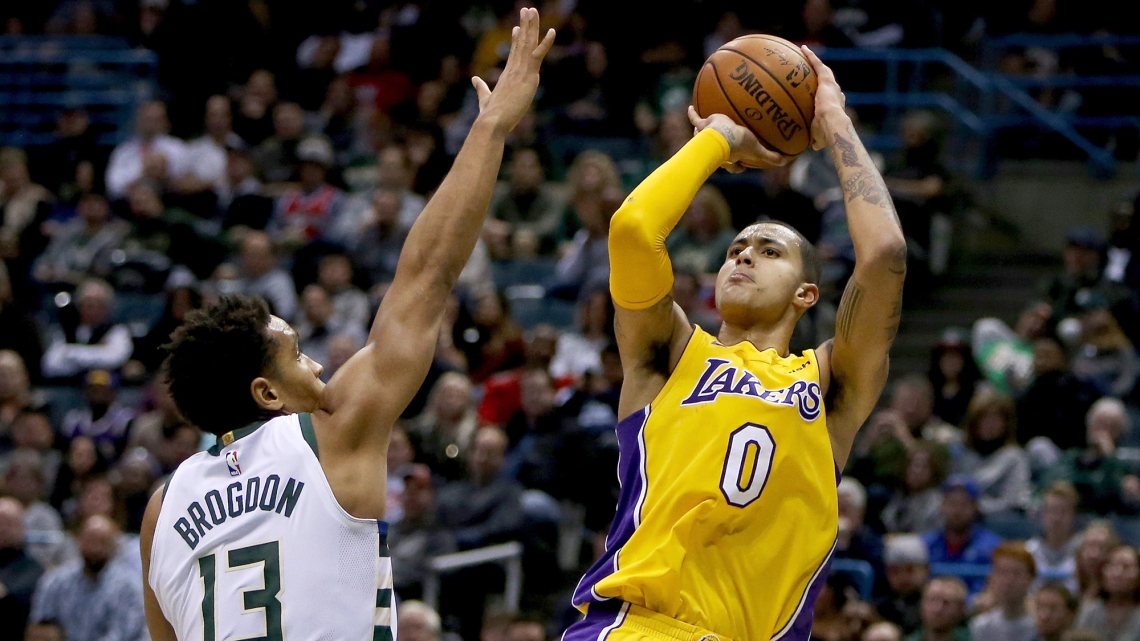 The biggest steal of the draft came at the 27th pick. While Lonzo Ball struggled under media scrutiny at the beginning of the year, Kyle Kuzma stepped up to become the best rookie in LA this season. Kyle Kuzma is currently third in scoring among rookies at 15.7ppg and second on the Lakers roster right behind Brandon Ingram. He is one of twelve first year players ever to score 38 points in a game, a list that includes fellow rookie Donovan Mitchell, 6 multi-year All Stars (Lebron James, Carmelo Anthony, Stephen Curry, Kevin Durant, Damian Lillard & Blake Griffin) and a sixth man of the year in Eric Gordon. He has slowed down a little over the past month, but the rookie is still shooting 45% from the field and 36% from three. Not eye-popping numbers at first glance, but they are better when you realize his shooting was point of concern coming out of college. Considering LA’s place at 11th in the West, Kuzma is more of a dark horse candidate for Rookie of the Year.

When Chicago drafted Lauri Markkanen, many fans and analysts were puzzled. From the reports about Markkanen never even working out for the Bulls, to questions about his athleticism, there were a lot of doubts about the seventh pick in the draft. So far, the rookie has had an up and down year, but he’s proven to be more than just a thrown-in from the Jimmy Butler deal. Markkanen has become the fastest player in league history to make 100 career three pointers (41 games) and has had a couple of 30 point outbursts, one of which included a matchup win against Kristaps Porzingis. Lauri is only shooting 43% from the field and 36.5% from three, but the Finnish kid has plenty of potential to become one of the best from this draft class with his guard-like skills and seven foot frame. He also provided us with one of the most entertaining blocks of the season on 2x MVP Stephen Curry. With that being said, the chances of him winning ROY at this point are slim. Depending on how he finishes the season, he could be a dark horse candidate though.

View all posts by Jordan Veloso