With the news of the blockbuster trade sending Blake Griffin to Detroit, I will be taking a look at other moves that could happen before the February 8th trade deadline. We will be looking at realistic trade ideas, unlike some other sites. I am sorry Cleveland fans, but Tristan Thompson and Iman Shumpert are not going to get you Anthony Davis. 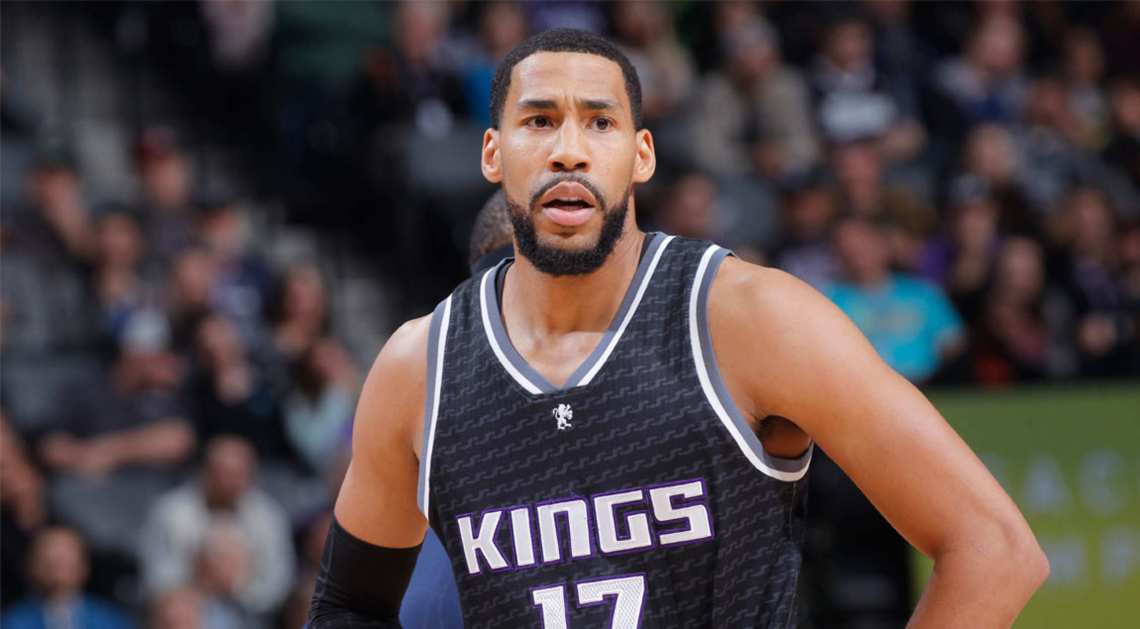 One of the lone bright spots for the dreadful Sacramento Kings this season has been the performance of Garrett Temple. His stats are not mind boggling, but he is also playing in the league’s worst offense. We all know the league has changed to a three point league. Our favorite teams usually live and die by it. Temple is hitting 40% of his catch-and-shoot triples this season. There are quite a few teams who could use an upgrade to their bench for expected playoff runs. Teams such as New Orleans, Minnesota, Oklahoma City, San Antonio, Milwaukee, Washington, and Cleveland could use a cheap upgrade on the bench wing depth.

Kings: Cole Aldrich and a 2018 Second Round Pick

The Minnesota Timberwolves are going to need all of the shooters they can get if they want any chance in a seven game series with the Golden State Warriors. We all know that Tom Thibodeau runs his starters into the ground during the regular season. Garrett Temple is a great bench guy, who can give you 15-20 solid minutes a night to give your wings some rest. With the likes of Karl Anthony Towns and Gorgui Dieng, there is just no room on this roster to be paying Cole Aldrich.

The Sacramento Kings really need to start playing their young players and seeing what they have. Garrett Temple is not the big name to get you marquee players and Aldrich will be a good player to teach the young centers the way of the league. Throw in second round pick in this deal and it is not a bad haul for a guy leaving this summer anyways.

Lou Williams is in the middle of a career year. The only problem for the Clippers is that he is 31 years old, and not worth keeping around for the inevitable rebuild they are facing. Plenty of teams are starved of having someone of Williams’ caliber coming off the bench to get buckets. It seems that the Clippers organization is mostly interested in a package deal to send both Williams and DeAndre Jordan together. With their asking price so high for both players, I do not see a team forking over a ton of assets for two possible four month rentals. If I am the Clippers, I know I need future draft assets. Teams like Milwaukee, Washington, Cleveland, Indiana, and Denver could use a guy who can give them quick offense when needed. All of these teams struggle when their stars need a breather, and Williams can keep the pressure on the defense.

The loss of John Wall makes it pretty obvious that the Wizards will need to replace his scoring for the next two months. With the acquisition of Williams, he can be a good short term filler, keep the team in the playoff hunt, and be a deadly weapon off the bench in the playoffs. This was something Washington desperately needed last year.

With a DeAndre Jordan and Lou Williams trade likely to happen before the deadline, adding some frontcourt depth is going to help the Clippers on their mission to rebuild on the go. Jason Smith can stretch the floor, Jodie Meeks is still a capable three point shooter, and a first round pick makes this an easy decision for the Clippers off a rental player.

DeAndre Jordan seems to be the biggest name being openly shopped at this year’s trade deadline. Jordan does have a player option for $24.1 million this coming summer, but many expect him to opt out for a longer deal. For a contending team, the move to acquire Jordan could put them over the top. Teams like Milwaukee are starved for rebounding, but are banking on development from within. With the recent loss of John Wall, Washington might be looking at a lost season, and should save their assets for this summer. I think the only teams, who can make a trade happen are the Cleveland Cavaliers and Portland Trail Blazers.

Portland is desperately trying to convince Damian Lillard they can build a contender around him, while the Cavaliers have Tristan Thompson just kind of standing around. I believe Portland will get desperate and overpay for Jordan. Jordan is an upgrade over Nurkic, and provides the anchor the team needs on defense. Lillard and McCollum are both capable of creating easy offense for Jordan to get his 10-14 points per night. Many have indicated the Trail Blazers are hesitant to pay Nurkic this summer. If Jordan does not help put the Trail Blazers over the top, they might have to think about blowing everything up.

For the Clippers, Nurkic allows them to continue their idea of rebuilding on the fly, but also get younger at the center position. Leonard and Harkless are just throw-ins at this point for salary. The real prize is the first round pick, which will allow the Clippers to continue developing young talent. DeAndre is likely gone after this season, so the Clippers need to get whatever they can, as they end the Lob City era for good. 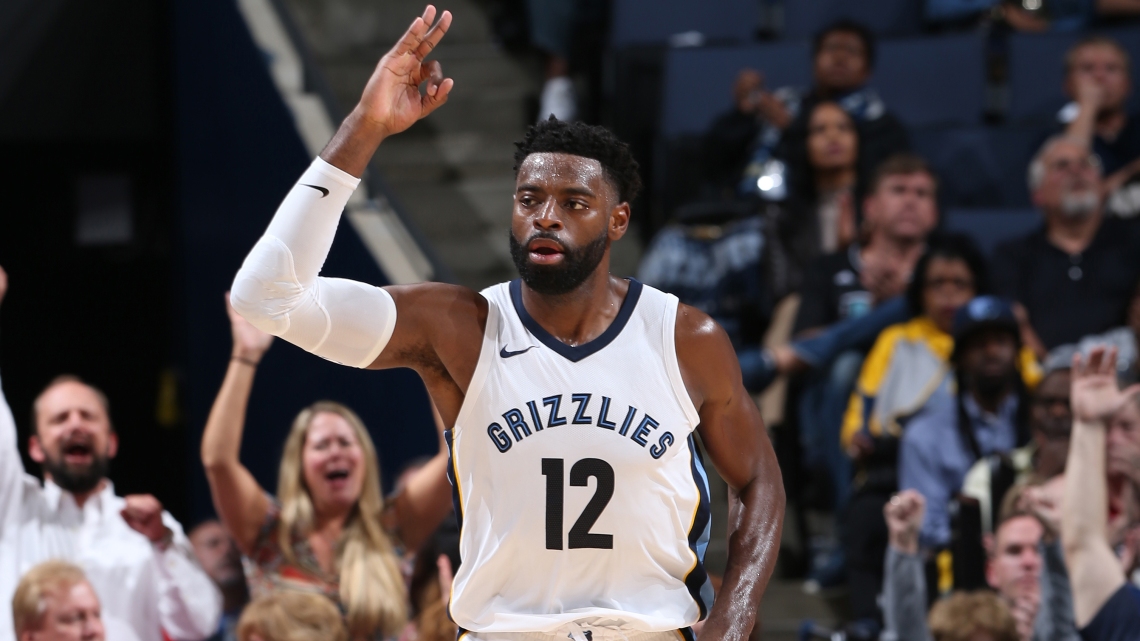 For the Timberwolves, they need some more help from their bench. If they are able to add both Garrett Temple and Tyreke Evans, they will be an extremely dangerous team to the Golden State Warriors in a seven game series. Jamal Crawford is not known for his court vision, so Evans could help facilitate the bench offense. His forty percent mark from three adds a much needed long distance shooter to their three point starved offense, which would open up driving lanes for Crawford and others. Evans is completely capable of playing 20+ minutes a night to give Jimmy Butler and Andrew Wiggins a break.

The Memphis Grizzlies are seeking a first round pick for the rights to Tyreke Evans. In a crafty maneuver, the Minnesota Timberwolves were able to swap first round picks with the Chicago Bulls in the Jimmy Butler trade. Unfortunately for the Timberwolves, Patton has not been able to see the court this season. In the midst of a title run, the Timberwolves can afford to trade the talented, young big. For the Grizzlies, they are getting a first round talent on an affordable deal. Patton will also benefit greatly from sitting behind Marc Gasol for a season or two. 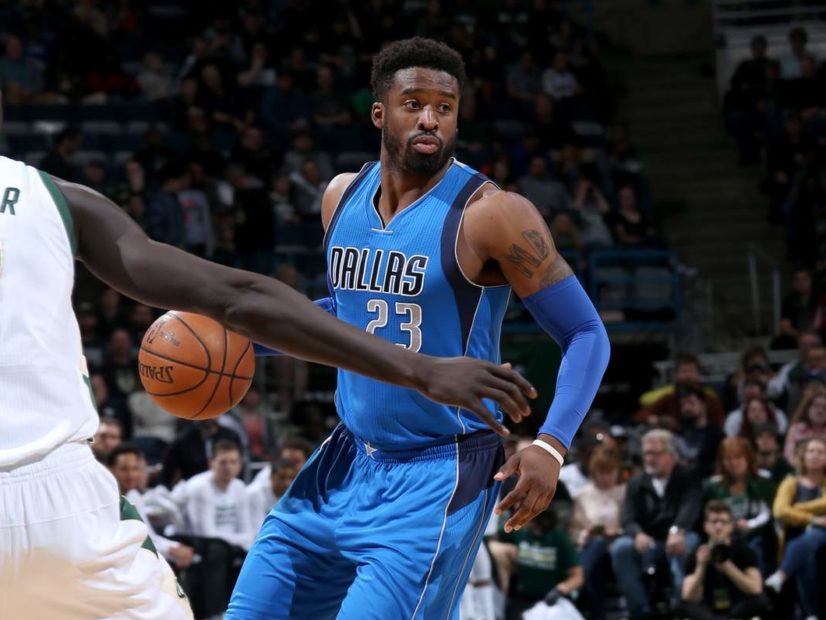 The Dallas Mavericks are one of the five worst teams in the league, but they have an immensely bright future with Dennis Smith Jr. The problem is the rest of the roster is just a bunch of parts that do not fit together. I do not think Matthews will be the only piece moved by Dallas. This roster lacks any sort of real identity. As ESPN’s Adrian Wojnarowski reported, Dallas is seeking a first round pick at minimum for Wesley Matthews. Teams like Detroit, Indiana, Cleveland, New Orleans, and San Antonio could all use some improvements on their perimeters if they want a shot at Golden State this season.

Kyle O’Quinn is the bargain version of DeAndre Jordan this trade deadline. New York has a massive logjam at the center position. Even with the recent news of New York trying to figure out a buyout or trade option for Joakim Noah, they still need to trade some people away that do not help them in the future. Multiple sources have indicated the Knicks have asked for a first round pick in return for O’Quinn. I believe the Knicks are trying to capitalize on the recent injury bug sweeping the league, but once the day of the deadline comes around they will settle for a young guy likely needing a change of scenery.

The Milwaukee Bucks are the worst rebounding team in the league. John Henson and Thon Maker get pushed around by any traditional center. If they are hoping to make a deep playoff run this season, they will need to improve this aspect. O’Quinn is not the game changing defender that DeAndre Jordan can be. However, he can do everything John Henson does, but better. D.J. Wilson has looked horrible in his limited minutes with the team, but he is young and can be dangled for rotation pieces. This trade would also allow Maker to spend some time in the G-League where he can develop some confidence in his shot.

For the New York Knicks, this trade is simple. They are not going to contend this year, and have very few assets/young players to build around. Rashad Vaughn will be an unrestricted free agent this summer, but should be available on a cheap deal. D.J. Wilson has shown a lot of promise in the G-League, but has struggled in his limited professional action. His length and possible three point range should have the Knicks excited to pair him with Kristaps Porzingis. 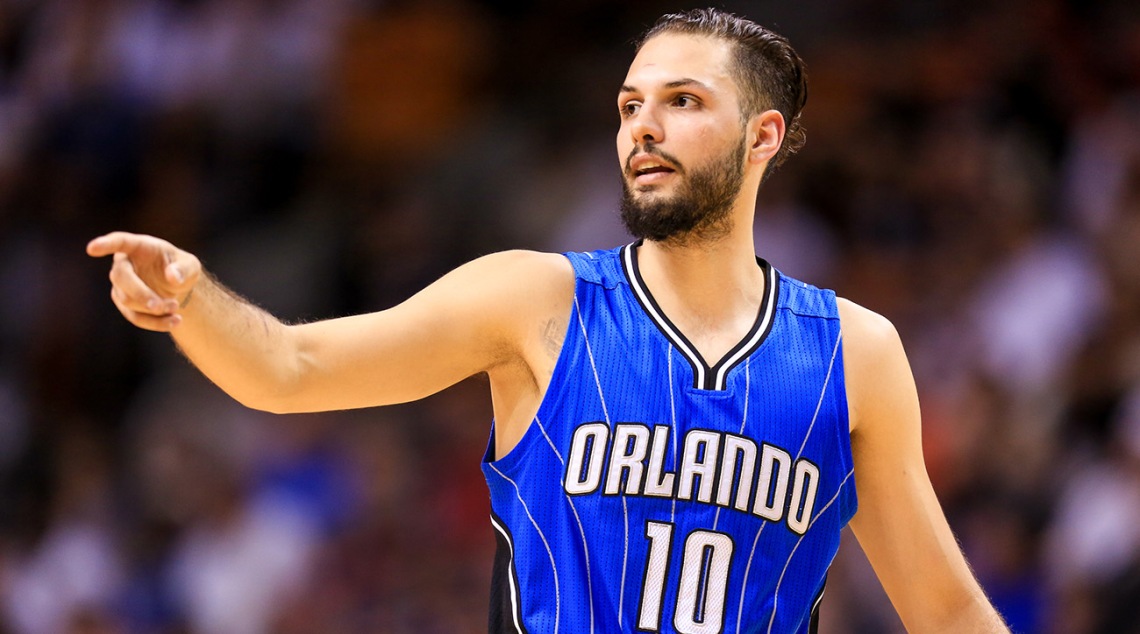 You know, we all have to feel for a franchise. The Orlando Magic have been trying to rebuild since the Dwight Howard departure. They have been swinging and missing on a lot of prospects. Evan Fournier is having a terrific season, and on a moveable contract. Moving on from Fournier will open up more minutes to give younger players a shot to see if they are worth keeping around. This franchise lacks any sort of identity, so there is not reason for them to overpay for a role player that is not in their rebuilding window.

Since the Detroit Pistons pulled off the blockbuster move to acquire Blake Griffin, they need to add some scoring around him, and that is all Fournier was born to do. The addition of Griffin continues to bury Henry Ellenson on the depth chart, so they need to move him while potential floats above his head versus bust. Shedding the contracts of Leuer and Galloway is going to cost a first round pick, but it will be worth it for this franchise longterm. Evan Fournier, Blake Griffin, and Andre Drummond are enough to keep the Pistons in the 8th seed discussion, and once Reggie Jackson returns, they could surprise some people in the playoffs.

The Orlando Magic need to try and acquire better, younger talent. Henry Ellenson has not gotten much of a chance with the Pistons since he was drafted, and offers an exciting stretch four option for a terrible offense. The future draft pick will also soften the blow of absorbing the contracts of Leuer and Galloway. These two veterans can hopefully help the young players around the franchise learn how to win, and provide a stable locker room presence.

View all posts by Mac Crowe